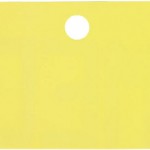 Well who would have guessed it! The most widely abused/misused meta-tag has made a resurgence.

The Meta News Keyword Tag is a re-incarnation of the Meta Keyword Tag of old which fell into disrepute many years ago because of its misuse/abuse by website spammers.  In September 2009 Google announced that they are no longer taking keywords into account whatsoever.

Well, the new version has come about because of the need for Google News to fully establish the context of some web pages. This article http://www.coastdigital.co.uk/2012/09/21/google-introduces-new-meta-news-keyword-tag/ gives the example where a page might be discussing the World Cup at some length. It is possible the web page hardly ever uses the word ‘football’ as it would seem self-evident from the overall content. Using the word in the Meta News Keyword Tag would help Google understand this context in the absence of the word in the body copy.