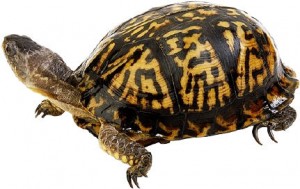 Hot on the heels of a video pointing out how the Google algorithm is less than perfect, we have another Google Update here – this time on Google Places/Maps/Local.

The migration from Google Places to Google+ Local has been fraught with problems over many, many months. Many trying to follow the Google rules on what to do will have found it confusing and, worst of all, intensely frustrating. The forums are littered with complaints from businesses who tried to migrate to the Google+ system and then found their rankings/listed decimated. To add insult to injury, there has in many instances been no answer to their problems.

A well-documented article here described the migration as a train wreck, which might have seemed over-the-top at the time – but if you read his piece you will see he has supported his criticisms with a lot of data.
Quotes from the 60+ comments are:

…. and the point is being made – Adwords has always worked well and been well supported – why not Places?

Matt McGee has just written an article on the latest developments here Google Upgrades Its Google Places Dashboard With Google+ Local Integration where Google has announced some improvements to their product. Aha ! The situation is finally being rectified!

The conclusions drawn are:

That does not look like a huge leap forward. If you read the ‘train crash’ article (and in particular the comments!) I would suggest none of the main issues have been addressed and very little has really changed.

This is a huge shame to small businesses – as Places is probably the most powerful Google  tool/product for them to market their businesses in an internet world where bigger companies with their larger budgets are getting ever more dominant.

We await eagerly the next update on this migration.